From Stars to Stalagmites 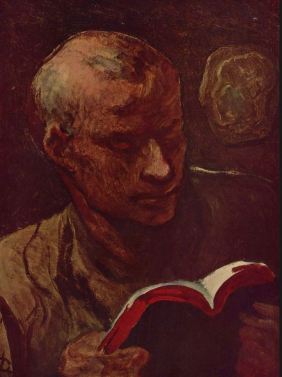 I am a terribly slow reader.  Maybe it’s because I try to understand, remember, and absorb as much as possible from every word. Every single word. I watched a TED Talk performed by a gentleman who told me to do better. He implored us all to read a book a day. (The talk is called Why I Read a Book a Day and Why You Should, Too.) The performer spent a long time telling us that we will broaden our horizons, learn new ideas, become better people. Finally, in the last minute or two, he showed how to read a book a day. Scan the chapter titles. Flip through the book. Read a paragraph or two that interests you. Consider the book-of-the-day completed and move on.

So, I was wondering – why limit yourself to a book a day? Why not a book an hour? A book a minute? The answer is obvious, of course. You may end up capturing a few superficial paragraphs, but you miss depth, context, and nuance.  I could never speed read, not as a child, not as a student, not as a professional.  Skimming the surface, for me, doesn’t work. I have to go deep.

In the past few months, I immersed myself in a book about bees. Then Arthur Holmes’ classic of physical geology. I also worked through Jerry Coyne’s Faith v Fact, an expose of the undermining of science by folks of credulousness. Then I crawled slowly (very slowly) through Matthew Cobb’s history of the idea of genes. That was just four books in about six months.

Those four books were all different in subject and tone. Occasionally I find a well-written book that ties together a broad scope of material in a single volume. Today I finished such a wide-ranging book. It was my fifth book in seven months.  It’s a great tale of connectedness by Paul Braterman – From Stars to Stalagmites: How Everything Connects.

I’ve been a regular reader of Paul’s thought-provoking blog, Primate’s Progress, so I was pretty sure that if I bought his book, I’d be pleased. I was. Professor Braterman is a gifted story-teller.

From Stars to Stalagmites leads us through a fascinating series of tales that connects chemistry, scientists, stardust, you and me. The format – basically historical science vignettes – is engaging and easily consumed by a slow reader such as I. The overarching theme is the interconnectedness of everything. And by everything, Braterman means everything in the universe. Chemistry is Professor Braterman’s long suit. Chemistry is my short suit. I’ve never studied chemistry – not even a single introductory undergraduate course taught a professor being punished by his department chair.  Braterman’s book goes a long way towards making covalent bonding and catalytic conversions accessible.

The book is a witty and entertaining traipse through scientific history and culture. Subjects as diverse as ozone, fertilizer, heavy metals, and photosynthesis are explained in the context of society. A favourite chapter for me was “Science, War, and Morality: The Tragedy of Fritz Haber”.  The insanely brilliant chemist Fritz Haber was a German patriot who helped Germany become a formidable industrial and military power before World War I. If not for Haber, who discovered a way of making ammonia from thin air (saving both Germany’s agricultural and munitions industries), Germany would have fallen much sooner in the great war. Without Haber, Germany may have been defeated more quickly. An early loss may have prevented the collapse of Germany after the war,  stopped Hitler’s rise, and perhaps averted World War II. This is not to blame the second war on Haber – blame rests more squarely on those that inflicted devastating surrender terms on Germany after the Great War and on the people who allowed Hitler’s rise from itinerant painter to demented demagogue. Nevertheless, Haber, a patriotic German-Jew, saw his work inadvertently contribute to the rise of Fascism and the fall of Germany. Hence, as the author says, “The Tragedy of Fritz Haber“.

Other fascinating bits in the book From Stars to Stalagmites include The Banker Who Lost his Head (that would be Antoine Lavoisier, of course), A Note on Homeopathy, and the whole Ozone Hole Story (an apparent scientific-political success). There are also extensive essays on cosmology and an insightful portrayal of the chemistry and politics of global warming.

I’ll leave this review with a piece ripped right out of the chapter “In Praise of Uncertainty” which is a fine overview of how science works. The excerpt will give you a taste for Braterman’s prose and hopefully will encourage you to spend a week or two reading this fine book.

“It is usually assumed that uncertainty is a kind of blemish in our knowledge of the world; that we should be trying ideally to remove it. Science in particular is often seen as aiming at an ideal of absolute certainty, where the behaviour of every system, however complex, can in principle be predicted by following the forces acting on all of its components. This kind of determinism is what is known technically as the reductionist point of view, in which the way to understand the whole is to take it to bits and examine the parts.

“Laplace has a great deal to answer for.  Much hostility to science is actually hostility to Laplace’s version of reductionism, on the grounds that it reduces all things to machinery, destroying by analysing, and thereby dissects away the very things that make the world interesting.

“We scientists ignore such hostility at our peril, not only because we depend on popular support at every stage of our activities but because these criticisms are largely justified. Our scientific knowledge itself requires us to develop an alternative to the Laplacian view. Laplace’s position was based on the search for certainty, by way of reduction. But for over a century, developments within science itself have made this ideal outmoded. Reductionism remains a powerful tool, but only in clearly defined and restricted circumstances.”  – Paul Braterman

That last line is a bit ironic, isn’t it? “Reductionism remains a powerful tool, but only in clearly defined and restricted circumstances.” Reductionism reduced. But it is a clear call for a broader view of the goals of science. After the quote above, the book considers The Philosopher’s Paradox, a tantalizing exploration of science and knowledge which you will read when you buy the book.

Ron Miksha is a bee ecologist working at the University of Calgary. He is also a geophysicist and does a bit of science writing and blogging. Ron has worked as a radio broadcaster, a beekeeper, and Earth scientist. (Ask him about seismic waves.) He's based in Calgary, Alberta, Canada.
View all posts by Ron Miksha →
This entry was posted in Book Review, Culture, Philosophy, Science Education and tagged chemistry, Fritz Haber, From Stars to Stalagmites, Paul Braterman. Bookmark the permalink.

1 Response to From Stars to Stalagmites