Leonid Kulik is probably another geologist you’ve never heard of. Well, it’s his birthday anyway, and here’s your chance to add a new name to your fact file, just in case you get that call from Jeopardy and the Remarkable Russians category for $200 says, “He was the first to scientifically investigate Tunguska.”

You have surely already encountered stories about The Tunguska Event at the supermarket where you stared at that tabloid headline about proven alien encounters. Every few years, rumours surface that Siberia was spoilt by nuclear radiation when a spaceship exploded there in 1908. You can read the full story at the UFO Evidence website. At the History Channel, it was called the Siberian Apocalypse.

Surely the work of dragons?

Strange, puzzling phenomena often attract unnatural explanations. For Tunguska, speculations include Thor tossing a thunderbolt, microscopic black holes passing through the Earth, and little green men in flying machines. The nuclear-powered spaceship idea was first proposed in 1946 by Russian sci-fi author Alex Kazantsev. He explained that a spacecraft was making a hard right turn to fetch “sweet water from Lake Baikal” which at the time probably still held water that could be used without causing blisters. The pilot lost control and the ship’s nuclear generator went ka-boom.  These are all clever notions for an event that lit the sky and leveled trees within a 30-kilometre radius. But it’s the duty of science folk to look beyond the weird and wonderful to see if some dull natural explanation can be found.

The ‘event’ was in central Siberia, about 1,000 kilometres north of Lake Baikal and 3,500 kilometres east of Moscow. It’s swampy and remote. No train leads to any Tunguska Station. It took years before news of the great Tunguska explosion reached St Petersburg, where Leonid Kulik was collecting meteorites for a Soviet museum. The stories that passed from embellisher to embellisher still carried vestiges of meteorite dust when they reached Kulik. It had been 20 years since the explosion, but he found support at the Soviet Academy of Sciences and took a team to Russia’s outback. His first mission failed. The taiga had turned into summer slush and mosquito ponds, forcing the group to turn back without pocketing any meteorite shards. But on that trip, Kulik interviewed peasants in the area who told him that they had heard from people who knew people who had seen the sky light up, cabins collapse, people tossed by shock waves, and cats living with dogs.

Kulik used the local folk’s stories to focus his search for the fallen meteor. He returned to Siberia two years later.  In 1929, Kulik found the place that had been destroyed in 1908. The devastation is huge – it covers 2,200 square kilometres.  When he found the immense cleared forest with its trees felled in an immense ring, Kulik said that the site’s “examination exceeded all the tales of eyewitnesses and my wildest expectations.” And this would be significant because eyewitnesses told of “a light greater than the sun” followed by “pillars of fire”, “exploding trees”,  and “rocks falling from the sky”. 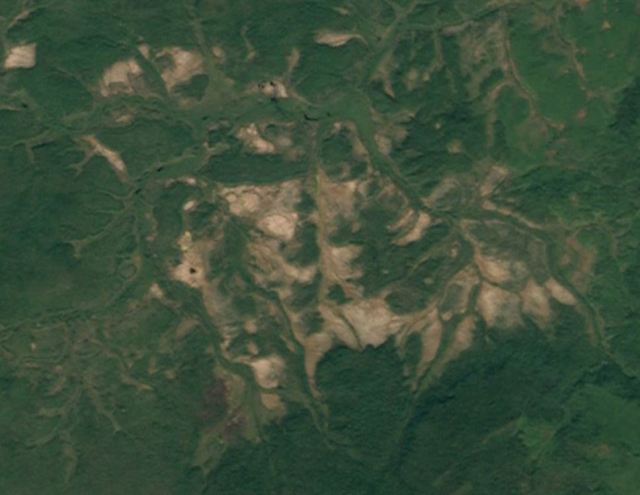 Meteor bits were never found. Nor was any crater from the meteorite’s impact. Instead, it seems likely that a 30 to 50 metre (100 to 150 ft) chunk of space rock, traveling at 60 km/second (130,000 mph) generated a 16 million ºC heat wave when the rock incinerated about 8 kilometres (5 miles) above the surface, releasing megatonnes of energy. That’s more powerful than anything that could have been done by little green men looking for sweet water.

Think about Leonid Kulik today, on this anniversary of his birth. He had an amazing kick at the can. He was a loyal soldier in the Russo-Japanese war (1904-1905) and World War I (1914-1917), yet the Czar put him in prison for revolutionary thinking. So, he joined Lenin.

As a scientist, he taught rocks and he worked at the Mineralogical Museum in St. Petersburg, where he curated and catalogued most of Russia’s fallen stars.

Today marks the 133rd anniversary of Leonid Kulik’s birth. He didn’t live half that long. At age 58, he served in one more war. He died as many Russian soldiers died during World War II, in a Nazi prisoner of war camp. But we’ll remember him today for his pioneering attempt to discover the scientific truth behind the Tunguska explosion.

Ron Miksha is a bee ecologist working at the University of Calgary. He is also a geophysicist and does a bit of science writing and blogging. Ron has worked as a radio broadcaster, a beekeeper, and Earth scientist. (Ask him about seismic waves.) He's based in Calgary, Alberta, Canada.
View all posts by Ron Miksha →
This entry was posted in Biography, Culture, Exploration, People and tagged explosions, Kulik, Russia, Siberia, Soviet Union, Tunguska. Bookmark the permalink.