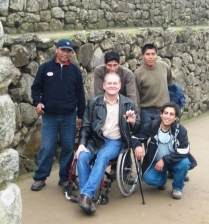 I wish there were two of me. I’d write twice as much or twice as often. As it is, I was able to post 81 times in 2015. That’s certainly not as prolific as some of my favourite bloggers. But over the past year, I’ve enjoyed reporting and opining about geology and geophysics from my offside perch .  I research what I get curious about, so this blog occasionally meanders like a prairie stream. But this blog has had tens of thousands of visitors this year, so I’m guessing that some of what I was curious about was also interesting to you.

I began this blog site in 2014. I wanted to draw attention to a book which I was just finishing. My book (The Mountain Mystery) is a casual romp through the history of the idea of plate tectonics.  It was just 50 years ago when we figured out why the Earth has mountains. The fact that this discovery is so recent still astounds me, even though I spent years working as a geophysicist. (The book, by the way, is still undergoing revisions, though drafts may be purchased from Amazon.)

Despite the tie-in to the book, this blog quickly acquired its own life. I allowed it to wander freely across the geological landscape. The blog escaped its original purpose as a complement to the history of geology book and became a repository for some disparate gems of earth science: fracking, Russia and the Arctic, Ted Cruz the Science Guy, and four-legged snakes are a few of 2015’s highlights.

Here is a quick review of this year’s most popular posts:

My series about the renewed attempt to drill to the center of the Earth (well, to reach the mantle, at least) was the year’s most popular story. If you missed it, you can begin with Drilling into Hell – read that blog and its two subsequent sister segments.

The review of the movie The Theory of Everything was next in popularity during 2015, though it was published in November 2014. I’m glad that it had staying power because this review of the Stephen Hawking biography is particularly poignant to me – like Hawking, I also have a variant of motor neuron disease. The illness is progressive and has lingered for years, though my affliction is not yet as severe as his. I’m glad that people watched the movie and understand a bit more about Hawking’s life and his challenges.

It will surprise no one that my story Getting Naked on Mount Kinabalu attracted thousands of readers.  Ah, we are a shallow species, aren’t we? I still have disdain for the kids who wanted to take nudie selfies on the sacred mountain. (And I’m an agnostic, for God’s sake!) I think that they should have spent a few weeks in that Malaysian prison. Not for their nudity stunt, but for their disrespect that woke the dead elders’ mountain spirits which in turn caused an earthquake that killed local villagers. Disturbing vengeful spirits is a crime in Malaysia, but this time the punishment wasn’t enforced.

Fracking shook people up early in 2015, but with the crash in commodity prices, there are now fewer shale wells and fewer man-made quakes. Nevertheless, it continues to be a newsworthy story.  I wrote World’s Biggest Fracking Quake to describe the cause and effects (and politics) of the largest frack-induced earthquake seen, so far.

These (and 75 other pieces) kept my free time occupied during 2015. I’m glad so many of you have been along for the ride. Thanks for reading!

Ron Miksha is a bee ecologist working at the University of Calgary. He is also a geophysicist and does a bit of science writing and blogging. Ron has worked as a radio broadcaster, a beekeeper, and Earth scientist. (Ask him about seismic waves.) He's based in Calgary, Alberta, Canada. Ron has written two books, dozens of magazine and journal articles, and complements his first book, Bad Beekeeping, with the blog at badbeekeepingblog.com. Ron wrote his most recent book, The Mountain Mystery, for everyone who has looked at a mountain and wondered what miracles of nature set it upon the landscape. For more about Ron, including some cool pictures taken when he was a teenager, please check Ron's site: miksha.com.
View all posts by Ron Miksha →
This entry was posted in Culture, Religion, Science Education and tagged The Year in Review. Bookmark the permalink.