All the Grains of Sand 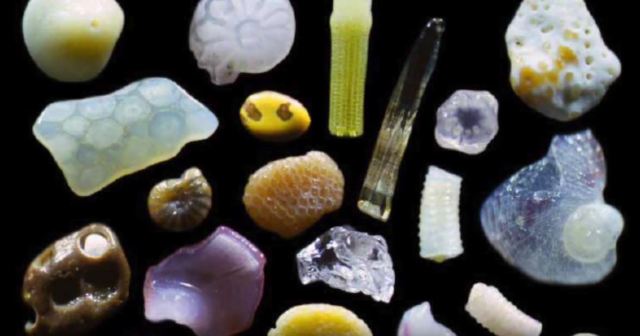 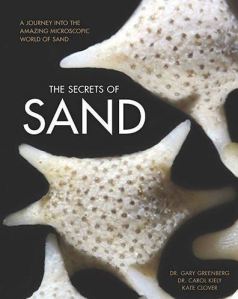 Until today, I hadn’t written much in this blog about sand.  I don’t know why I’ve neglected the grainy little bits of rock, but it’s about time that sand had it’s day.  I’m doing sand because I just finished a lovely book about sand.  The Secrets of Sand: A Journey into the Amazing Microscopic World of Sand is mostly a picture book – but there is also some good reading, inspiring a lot of thinking.

We don’t think much about sand until it gets kicked in our eyes. But it would be hard to construct today’s concrete cities without it. And beaches are softer with sand, though I have seen some pleasant pebble beaches (chunky sand?). Sand is almost ubiquitous – found on desert dunes, island bars, volcanic pyroclastics, and river, lake, and seaside beaches. Under the scope it can be startling – smoothly polished by wave action or jagged and edgy from freshly shattered stones. Some of it is otherworldly – The Secrets of Sand has a whole chapter on lunar sand, carried home by the bucketful by Apollo missionaries.

The geological definition of sand, “a naturally occurring granular material composed of rock and mineral particles, finer than gravel but coarser than silt,” does scant justice to the beauty found among these tiny rocks. But geology is important to really appreciate the story of sand. The authors recognize this, so the book begins with an overview of sand’s natural history, as well as details about how the stunning photographs were made.

This book has three outstanding authors. Dr. Gary Greenberg earned his doctorate in developmental biology from University College London and then taught at UCLA. He developed high-definition 3D microscopes, and is the co-founder of Edge Scientific Instrument Corporation. Presently, he is working at the University of Hawaii Institute for Astronomy.  Carol Kiely is Adjunct Professor at Lehigh University and focuses on the study and photography of lunar particles. Finally, Kate Clover is at the Science Museum of Minnesota and is the education advisor for the International Sand Collectors Society. Yes, the International Sand Collectors Society. Bet you didn’t know they even existed!

After introducing us to sand, the writers divided their subject into chapters based on the processes that went into forming the various types in this book and the representative locations where samples can be found. The chapters include Island Beaches, Rivers and Lakes, Continental Beaches, Dunes, and Lunar Dust.

My favourite chapter is about the moon’s sand. Earth sand is mostly the product of erosion – wind, waves, glacial grinding, and weathering are among the forces that create terrestrial sand. The moon’s vacuity allows no such forces. Thus, some lunar sand was created by volcanoes, billions of years ago. It tends to be the progeny of basalt, so it is black. Spewed from volcanoes, it has a glassy, other worldly appearance. Other bits of moon sand were created when asteroids and other space rocks crashed into the moon, shattering the surface and making sand the way a hammer smashing a rock might produce sand-sized grains.

We tend to shake beach sand from our towels and dump it from our sandals, discarding it as a boring nuisance. But seen under the microscope, it is remarkably varied, sometimes colourful, and always interesting. The book can be ordered from Amazon, from the publisher, or found in bookshops. Could make a nice holiday gift for your favourite naturalist.

Ron Miksha is a bee ecologist working at the University of Calgary. He is also a geophysicist and does a bit of science writing and blogging. Ron has worked as a radio broadcaster, a beekeeper, and Earth scientist. (Ask him about seismic waves.) He's based in Calgary, Alberta, Canada. Ron has written two books, dozens of magazine and journal articles, and complements his first book, Bad Beekeeping, with the blog at badbeekeepingblog.com. Ron wrote his most recent book, The Mountain Mystery, for everyone who has looked at a mountain and wondered what miracles of nature set it upon the landscape. For more about Ron, including some cool pictures taken when he was a teenager, please check Ron's site: miksha.com.
View all posts by Ron Miksha →
This entry was posted in Book Review, Geology and tagged Apollo, ooids, sand, The Moon. Bookmark the permalink.