Dinos 101: Everything You Ever Wanted to Know 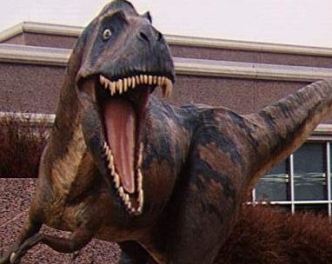 Want to know about dinosaurs? You’re in luck. The University of Alberta is offering a free 12-week course, a MOOC (Massive Online Open Course) starting January 3rd. I am thinking of signing up for it – the course is offered through Coursera, a giant MOOC-clearinghouse. I’ve taken advantage of Coursera before – I took their Philosophy of Science (University of Edinburgh),  A Brief History of Humankind (Hebrew University of Jerusalem), Origins – Formation of the Universe, Solar System, Life and Earth (University of Copenhagen). I haven’t studied any MOOCs that were taught via a Canadian school, so I am looking forward to Phil Currie’s lectures from the University of Alberta. Dr Currie ran the Royal Tyrrell Museum of Palaeontology here in southern Alberta and he is a smart and capable presenter.

If you have never taken a MOOC, maybe this is the time to give it a try. The Coursera program is free (although you can purchase “Verified Certificates of Completion” if you want – I haven’t done this myself).  Give Coursera’s MOOC a try. You can always drop out if the material or time commitment (about 3 – 5 hours/week) doesn’t work for you. The January 3rd course is called Dino 101: Dinosaur Paleobiology and it will cover topics in dino biology, as well as evolution, plate tectonics, and extinction. Course material claims it will also help you understand how science works. Go to this site to learn more.

As part of their promotion, the University of Alberta put together this fun page: Dinosaur Videos: 12 dinosaur myths that will blow your mind. I don’t know how these myths will actually “blow your mind” or even if that is something you want done to your mind. (I know, that silly title is just tedious click-bait.) But the webpage itself is not bad. Each myth is accompanied by a short video. If you aren’t jumping over to their site, here are three of the best of the U of A  blow-your-mind myths:

If this sounds like fun stuff to know, you will probably like Dino 101: Dinosaur Paleobiology. I suspect the actual course work will be more rigorous and challenging than this fun little introduction (and it might not blow your mind), but chances are it will teach you everything you ever wanted to know about dinos.

Ron Miksha is a bee ecologist working at the University of Calgary. He is also a geophysicist and does a bit of science writing and blogging. Ron has worked as a radio broadcaster, a beekeeper, and Earth scientist. (Ask him about seismic waves.) He's based in Calgary, Alberta, Canada.
View all posts by Ron Miksha →
This entry was posted in Science Education and tagged dinosaurs, fossils, MOOC, Palaeontology, paleobiology, Tyrrell Museum, University of Alberta. Bookmark the permalink.