The Audacity of Exploration

A thoughtful – even poetic – telling of humanity’s drive to explore.

From the blog Write Science. 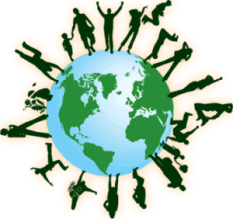 Humans have been on Earth a long time. Doing what humans do.

The existence of modern humans as a distinct biological species on planet Earth goes back around 200,000 years. At the time modern humans appear in the fossil record, we were just as smart and as strong as we are now, but we hadn’t become a society yet. The oldest known artifacts of human manufacture are roughly 100,000 years old (shell jewelry), and the oldest bit of recorded history goes…

Ron Miksha is a bee ecologist working at the University of Calgary. He is also a geophysicist and does a bit of science writing and blogging. Ron has worked as a radio broadcaster, a beekeeper, and Earth scientist. (Ask him about seismic waves.) He's based in Calgary, Alberta, Canada.
View all posts by Ron Miksha →
This entry was posted in Culture, Engineering, Exploration, Reblogs and tagged comets, exploration. Bookmark the permalink.