A Fast Trip through the Center of the Earth 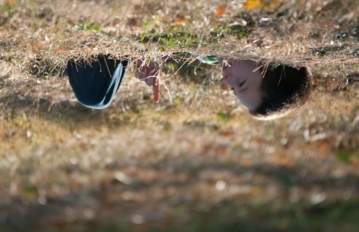 When I was a child growing up in North American, I was told that if I dug a hole through the center of the Earth, I would emerge in downtown Beijing. (Or Peking, as it was known in English in those days.) Or somewhere in China. It’s a good thing I never got farther than a meter or so into the hole because, in truth, I would have ended up under water, in the south Indian Ocean. No responsible adult bothered to warn me about that.  I would have found myself about equidistant from Africa, Antarctica, and Australia –  and I would have been in big trouble without a raft.

My rabbit hole would have emerged at the bottom of the deep blue sea. In the ocean. Not in China. Recently, I decided to turn the question on its head, if you will, and see it from its upside-down perspective. Well, not exactly upside-down as China, like America, is in the northern hemisphere. Nevertheless, I am now considering the inverse question: if a child growing up in the 70s in China had the leisure to think about digging a hole through the center of the Earth, where would he expect to emerge? In my family’s Pennsylvania garden? No, not at all. The antipode (as the hole’s exit point is called) for Beijing is in southeast Argentina. Hopefully, that is what a Chinese child is told when he or she is flinging sod.

If you’d like to find your own personal antipode, there is a clever website that will show you the exact spot on a map. You can find it here.

One of my University of Saskatchewan geophysics professors asked this question on a mid-term exam: “What is the oscillation frequency of a ball dropped through a hole in the Earth that emerges at its opposite side? Assume the Earth is not rotating and ignore friction. You should also ignore the difficulty of actually drilling a hole through the center of the planet.” We were give ten minutes to derive the appropriate equations and calculate the answer. I’ll see if I can roughly explain the solution in less time, with less math.

I will try to work through this problem without using the formulas. This is partly to focus on the ideas involved instead of the numeracy – and it is partly because I have not figured out how to display math formulas in WordPress yet.

Standing on the Earth’s surface, we look down into the deep, deep, dark hole. Then we lean forward and release the ball. Goodbye ball. Because the Earth has stopped spinning (just to simplify this problem), we don’t have the issue of forward momentum (you, the ball, and the top of the hole would have been moving at almost 500 metres/second if the Earth hadn’t been halted) but near the center the velocity is near zero. So we don’t have the ball ricocheting off the sides of the hole as it falls. It just falls straight. And fall it does.

If you start this experiment in a car lot in downtown Beijing, the ball will emerge on the Argentine pampas amidst a herd of cattle. There the ball is stationary for an instant. But unless a deft gaúcho lassoes it, the ball will fall back down the hole, back through the Earth’s center, and return to you in Beijing. 84.5 minutes after you let it drop. 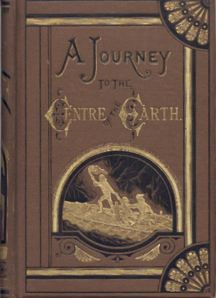 To actually solve this problem, we have to recognize that the period of oscillation (i.e., one round-trip) is proportional to the Earth’s radius and Earth’s gravitational acceleration at the starting point. The radius is big (6,379,000 metres) and acceleration is 9.8 metres per second squared. To “unsquare” time, you take the square root (of the radius divided by acceleration). To solve for one complete period, or oscillation, you use the Earth’s unitless circumference, defined like any circumference in radians as 2 times pi. Fill in the numbers [2 pi times the square root of the radius divided be the acceleration], do the arithmetic, and you get a round trip of just over 84 minutes. Without the formulas and their derivations, these last three paragraphs were pretty awkward, weren’t they? (I can’t imagine how the Greeks and Romans did math without symbols.) If you want to see this explained in more detail and with the equations that I’ve omitted, there is a great explanation at this site:  Journey through the Center of the Earth.

Ron Miksha is a bee ecologist working at the University of Calgary. He is also a geophysicist and does a bit of science writing and blogging. Ron has worked as a radio broadcaster, a beekeeper, and Earth scientist. (Ask him about seismic waves.) He's based in Calgary, Alberta, Canada.
View all posts by Ron Miksha →
This entry was posted in How Geophysics Works and tagged geophysics, inner Earth. Bookmark the permalink.