A Conversation with the Earth 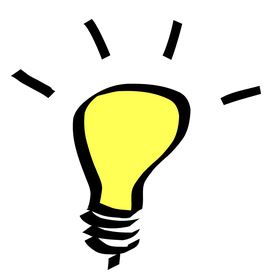 How many of us recognize the most important moment in our career? The instant when you realize exactly what you should work on, even if you don’t know where that might lead. It happened to a young theoretical physicist. He had earned a doctorate that tried to prove that gravity’s universal constant was neither universal nor constant. It was something of a failure. But then Xavier Le Pichon found himself in 1967 at a geophysics conference in Washington, listening to another young man – Jason Morgan – explain plate tecctonics and how the Earth’s crust was broken into solid plates, each jostling around, banging into one another, propelled by mantle flowing below the crust. Morgan explained the movements using a math tool created two hundred years earlier by the savant Leonhard Euler. Le Pichon knew Euler’s Theorem. He didn’t know about plate tectonics. But he would learn fast.

“Jason has a special gift for disorienting his listeners and this gift was especially well displayed on that occasion,” wrote Le Pichon. “Apparently nobody, including myself, understood the importance of what he discussed then.” The real turning point for Xavier Le Pichon came that evening while reading the lengthy speaker’s notes which Morgan had distributed. “As soon as I read it, I realized the importance of what he developed and dropped everything else I was doing.” Much later, Le Pichon said that reading Morgan’s lecture notes was the most important event in determining his career. He immediately switched from physics to geophysics. He was 29. His life’s work had started.

Unfamiliar with Jason Morgan, Leonhard Euler, and Xavier Le Pichon? A brief background will help. During development of plate tectonics theory, two physics problems kept arising. One was identifying a power source strong enough to move continents. We now see that as mantle convection. This blog has discussed convection before, so I’ll not go there just now. The other valid criticism of moving continents was the oft cited paradox of continents weak enough to break apart, yet strong enough to stay together while moving. Morgan figured out that if the crust was made of solid plates, parts would stay rigid for millions of years even while undergoing the stress of motion. 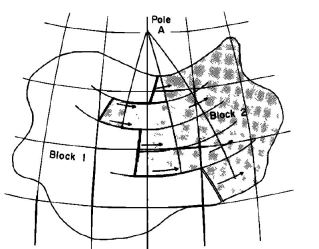 Part of Jason Morgan’s 1968 diagram of plate rotaion as constrained by Euler.

Morgan invoked a math theorem from Euler. Broken surfaces could move on asphere with a motion defined by a single axis of rotation. (“a block on a sphere can be moved to any other position by a single rotation about a properly chosen axis.”) It’s not so different from spinning a baseball cap, keeping one point in contact with the head – one can assume the rakishly charming look of a young gentleman with his sun bill pointing backwards. Morgan’s combination of poles, angular velocity, and vectors define plate motion. This is exceedingly important. It relates the various plates to each other, allowing predictions of the planet’s future look.

The geophysicists loved Morgan’s proposal – testable predictions and mathematics are the meat and potatoes of modern science. And it was useful to invoke the name of Euler, the creator of graph theory, infinitesimal calculus, the mathematical function, and the system used to compound the interest owed on your mortgage. The great Euler lent a measure of credibility to the new theory. Most significantly,  Morgan’s model of rigid rotating plates worked.

Jason Morgan came up with the idea that allowed rigid blocks, or plates, to become tectonic. Xavier Le Pichon set about rigorously applying the math and physics. He will be remembered for drawing the first map of the planet with plate boundaries sketched in place. But there is much more to his story. His life is among the most fascinating and diverse of all scientists.

Le Pichon was born in Vietnam, which was then French Indochina, where his father managed a rubber plantation. World War II started two years after his birth. Japan made a grab for Vietnam, but by the time it did, France had surrendered to Germany, Japan’s Axis partner, so Japan could not invade. But when the Allies won France back, France (and French Indochina) were again enemies of Japan, so the Japanese army moved in. Young Xavier (by then 7 years old) and his family were placed in a brutal concentration camp. They survived. But Xavier described those earliest years – before the camps – as idyllic. He was a French child, born in Vietnam, living in a thatched-roofed house, exploring the gardens and forests. As a child, he wanted to have a conversation with the Earth, to ask it questions about its age, its pieces and parts, its place in the universe. A conversation requires two parties. He said he wanted the Earth to answer his questions.

At 9, his mother moved the children to France.  Xavier excelled in physics, earned his PhD, then met Morgan and designed the plate boundaries. After immersing himself in Morgan’s work, Le Pichon divided the globe into six rigid plates, calculating their locations and rates of movement from Euler poles combined with palaeomagnetic and topographic data. It was a complicated amalgamation of extremely different types of data, but Le Pichon simplified the project and he made a brave assertion: the rigid plates combine both continental and oceanic crust in some of the units.

He drew a map – the first ever with plate boundaries – by boldly ignoring the ocean’s water.  His North American plate, for example, stretched from the centre of Iceland, across the western Atlantic Ocean, under New York City and Chicago, then nearly across the American continent. This was an important insight – geologists had just spent twenty years getting used to the extreme differences between oceanic and continental material, now it appeared these were sometimes fused together in an unexpected way. Now in his thirties, Le Pichon was one of the most famous of all scientists, interviewed, toasted, respected. He and Earth were immersed in the intimate dialogue he had sought since childhood. And then he stunned his friends and colleagues. 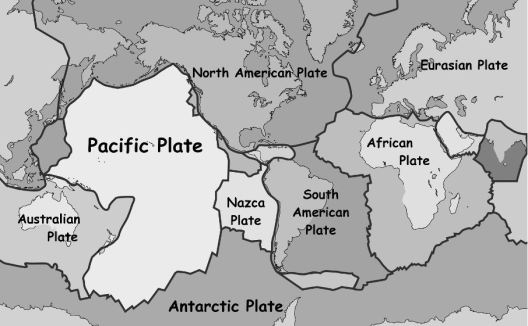 Simplified plate boundaries – now an iconic image of the Earth.

At age 36, Xavier le Pichon resigned from everything. All his university positions, all his committees. He moved to India with his wife and children. A devout Catholic, he went to work with Mother Theresa. He says he connected with the planet rather well, and it was now time to reconnect with people. So he worked with Mother Theresa. After six months, a friend – a priest – suggested that Xavier return to France. He should connect with people and he should continue his conversation with the Earth. He should find a way to do both. He took the priest’s advice. 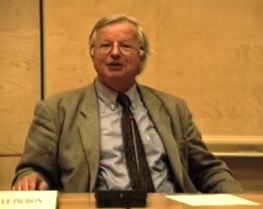 Le Pichon stayed connected and continued his conversation with the Earth. For the next 40 years, he lived with his wife and six children in a large community house that integrated mentally challenged adults in a family home. His foster home was part of the L’Arche Program, which he helped found, and which now has over a hundred communities scattered around the world. Partly to explain his commitment to the disadvantaged, he told journalist Krista Tippett in a 2009 interview, “Life has an extreme diversity and in this diversity is its richness.”**  Xavier Le Pichon, with his immensely diverse life, has lived one of the richest. Now in his late 70s, he continues his good deeds, more as a religious philosopher than a geophysicist. How does he feel about science and religion? “Science is science, and it doesn’t change whether you are a Buddhist or a Catholic or a Methodist,” says Le Pichon.  He is still looking for that ultimate conversation.

** (You may enjoy Tippett’s complete interview with Le Pichon.)

Ron Miksha is a bee ecologist working at the University of Calgary. He is also a geophysicist and does a bit of science writing and blogging. Ron has worked as a radio broadcaster, a beekeeper, and Earth scientist. (Ask him about seismic waves.) He's based in Calgary, Alberta, Canada.
View all posts by Ron Miksha →
This entry was posted in Biography, History, People, Philosophy, Plate Tectonics and tagged history, Jason Morgan, plate tectonics, Vietnam, Xavier Le Pichon. Bookmark the permalink.

2 Responses to A Conversation with the Earth